The LibreCat Group is an open collaboration of between the universities of Lund, Ghent and Bielefeld to create open source applications for (research) libraries 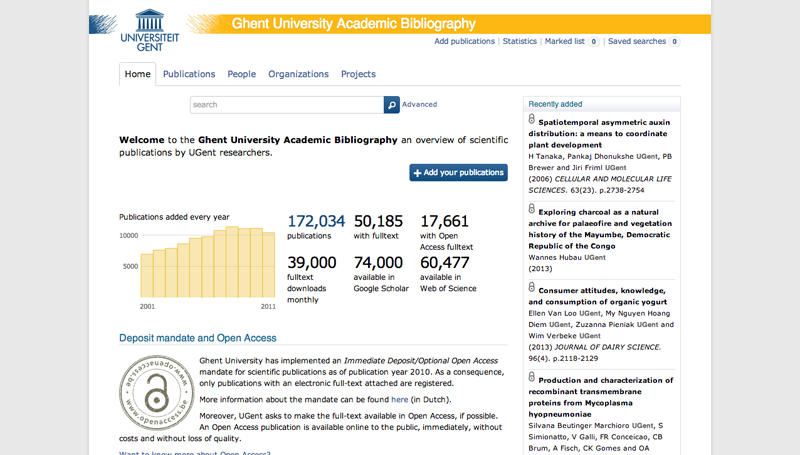 Biblio - is the academic bibliography and institutional repositoy of Ghent University. It was build with the LibreCat software created originally by Lund university. The front-end is created with a Perl Dancer application that uses Catmandu for indexing and extracting data out of Elasticsearch and MongoDB databases. Catmandu is used to augment the data with many external datasets. 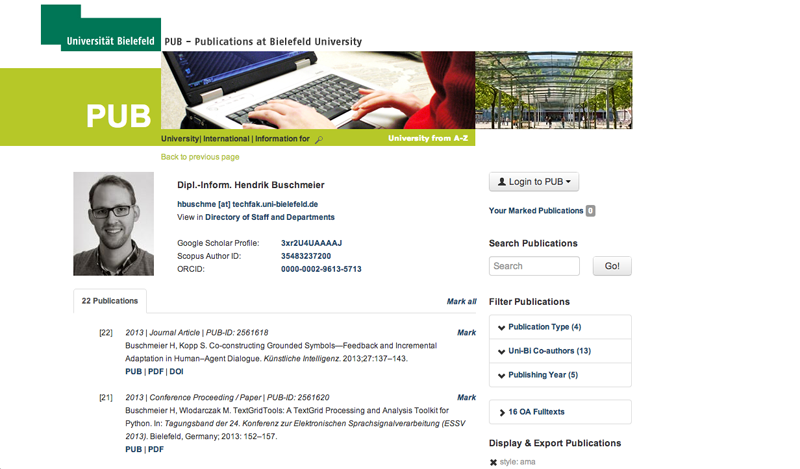 LibreCat - is a new open source repository system available at GitHub created from the ground up by Bielefeld University using Catmandu tools. Catmandu is used to index and store data in databases such as MongoDB, ElasticSearch and MySQL. The Fix language of catmandu is used for all kind of data cleaning tasks. View a demo of the LibreCat repository at our demo website. 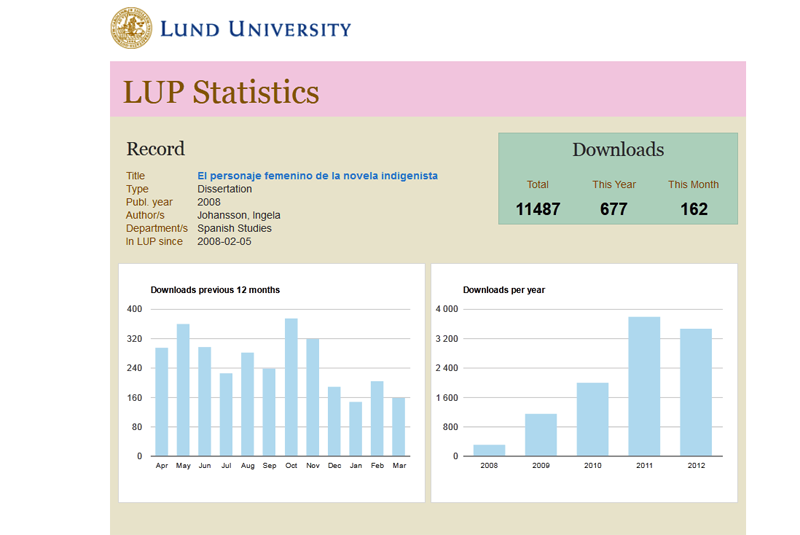 LubStat - is a repository statistics module created by Lund University to generate reports. Catmandu is used to extract data from the Lund repositories and cleaned with the Fix language. 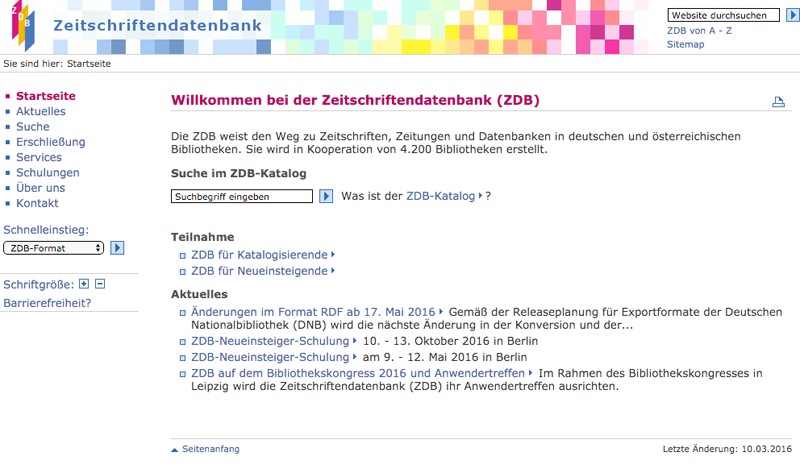 ZDB - is the biggest journal database in Germany ceated by the Staatsbibliothek zu Berlin. The Catmandu project is used to process millions of MAB, MARC and PICA records. 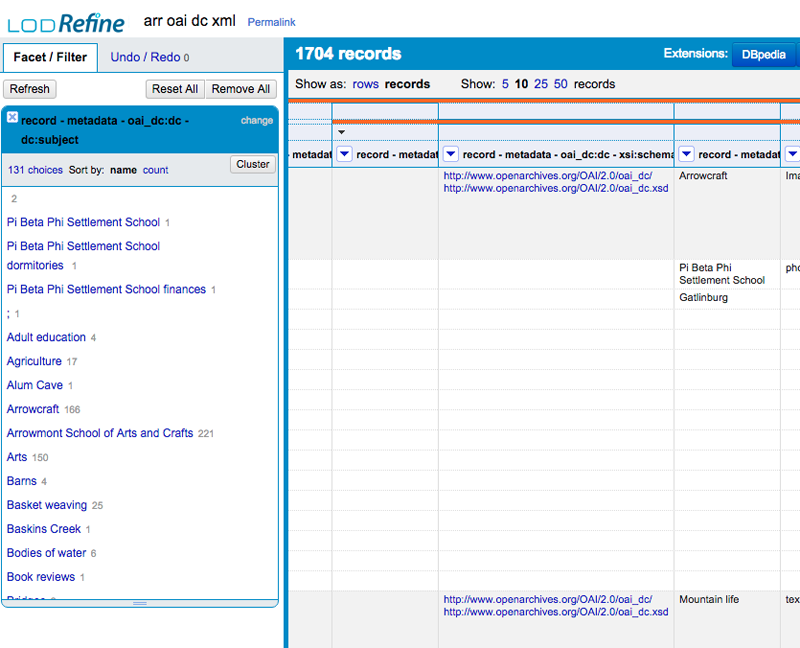 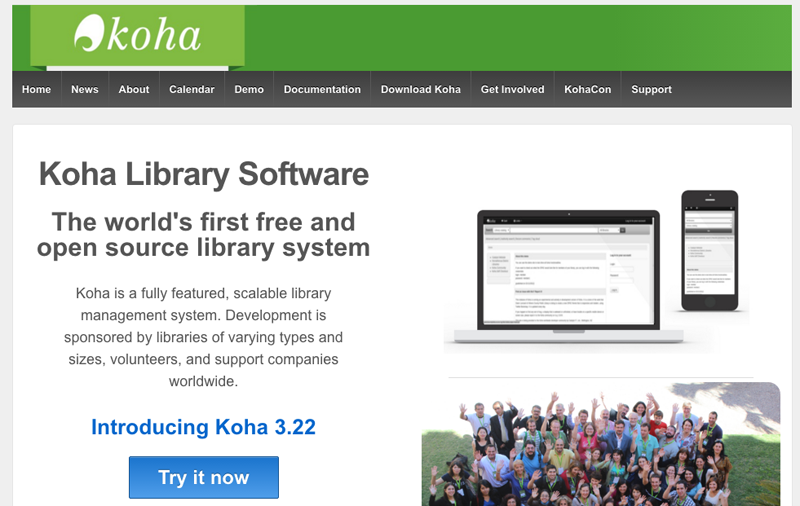 Koha is working with Catmandu in the new development version of their Library Software to index MARC records in Elasticsearch. 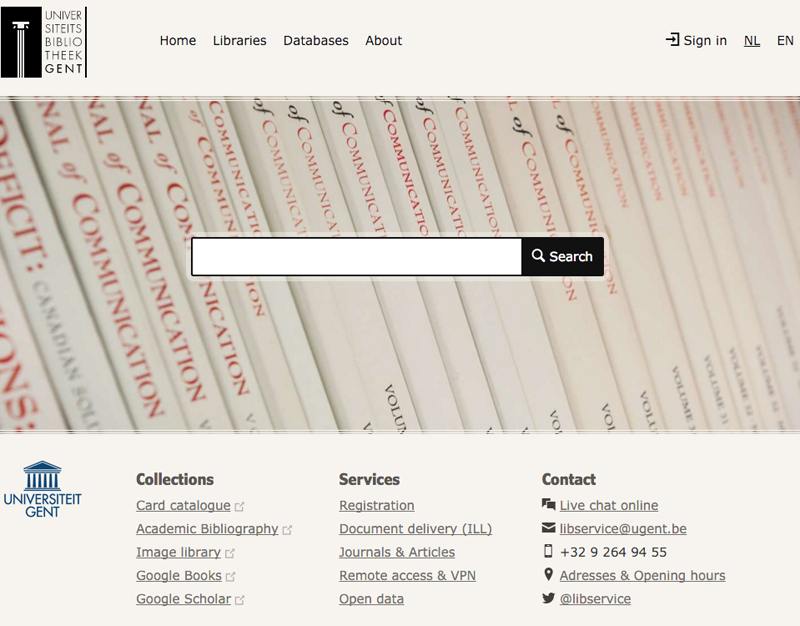